Ed note: This article is the fourth in a series in which we are seeking to respond to a few of the criticisms of both nouthetic counseling and Dr. Adams personally. The series will conclude Thursday with an important new article by Dr. Adams.

We are never surprised when unbelieving secular psychologists attack nouthetic counseling. Nor are we surprised when Christian brothers who have embraced an integrationist approach to counseling are critical. While we are glad to interact with these brothers we do expect our views to be accurately and fairly represented in their criticism. We have little patience for those who would misrepresent us and build straw men in order to facilitate their arguments. Especially grievous are those who would persist with false accusations even after they have been demonstrated to be wrong. Today we will look at one example. 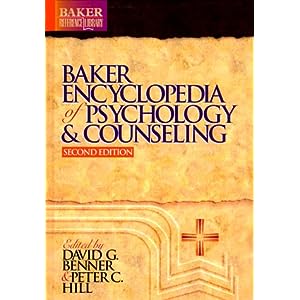 The Baker Encyclopedia of Psychology and Counseling (Baker Books, 1999.) is a huge reference work that is described by the endorsements on the cover as a “monumental work,” “a classic,” “an invaluable resource,” written by an “all-star cast of Christian psychologists” and “noted experts.” The article on nouthetic counseling was written by John D Carter and Donn W Peters (whose parents had the good sense to use the preferred spelling when naming him). Under the heading “evaluation” the authors find but one commendable aspect of nouthetic counseling, “They are zealous to return God and the Bible to positions of authority in the hearts and lives of people.” However they quickly qualify their praise by claiming that they and their fellow integrationists have the same goal and chide nouthetic counselors for “failing to see the validity in alternative approaches” (p 800).”

A second “evaluation” is a shot at Dr. Adams personally. “Adams seems to be not fully knowledgeable regarding the theories he criticizes” (p 799). As evidence they pull one passage about Carl Rogers from Competent to Counsel out of context. Throughout the article special note is made of the fact that “Adams has a doctorate in speech,” he is “seminary trained,” “he served in a pastorate.” It is all quite condescending. Those who read Jay Adams should know that Adams began his seminary training at the age of 16 and by the time he completed both seminary and his training at Johns Hopkins University, he was an accomplished Greek scholar and theologian. It is with those skills he approached the study of psychology in the 1960s. If you ever have opportunity to visit our offices here in Greenville I will show you the hundreds of volumes of psychology books Jay pored over in those days. Each one is heavily marked with marginal comments and arguments Jay made with each author.

A third “evaluation” made by the authors is especially grievous. They begin by claiming that Jay’s use of the Greek word noutheteo is inappropriate arguing that “parakelo (sic), translated comfort, console, or exhort, is a much more appropriate choice” (p 799). The authors, who merely have a doctorate in psychology, err in their understanding of Greek. The word parakeleo is a broad and imprecise word that refers to help generally, all kinds of help. It is a vanilla word that can be translated in so many ways because it can be applied broadly. Jay uses the word noutheteo because it is specific and, more importantly, it is the word Paul used to describe his counseling ministry! Because there is no word in the English language that means precisely the same thing he transliterated the Greek word and coined the English word “nouthetic.”

Then, after seeking to instruct Jay about Greek, they claim he fails to embrace 1 Thessalonians 5:14 and that he “urges a single way of thinking” in his “foundational point that sin is the problem.” This is followed by a gratuitous shot at nouthetic counselors, “. . . one must ask how Adams would counsel Job. Would he (Adams) also be one of the ‘miserable counselors?’”

Carter and Peters are either miserable scholars in that they have not researched what Jay has written on the subject or they are dishonest scholars. As early as 1976 Jay wrote this in a volume of questions about nouthetic counseling:

Question: Do you believe that all of our problems are due to sin?
Answer: Yes and no. That is not an equivocal answer; the question is imprecise and, therefore, requires such an answer.
Yes, all problems are the consequence of sin, if by that one means that ultimately they have the sin of Adam (or Satan) as their ultimate cause. All personal differences with God or neighbor ultimately stem from that cause. All bodily afflictions, and death itself go back to that source.
But I must say no in response to the question if by it one means that all sickness, all evils that he confronts, and all difficulties and distresses that he experiences in life are directly traceable to some immediate sinful cause in the life of the one who undergoes them. That is not a biblical concept. The case of the blind man and John 9 gives the lie to any such notion, and the entire book of Job is a sturdy witness to the contrary.

This canard has also been answered in many forums over the years. You can also read a fuller response on our website. Yet it is enshrined in what the publishers put forward as a scholarly and authoritative reference work.