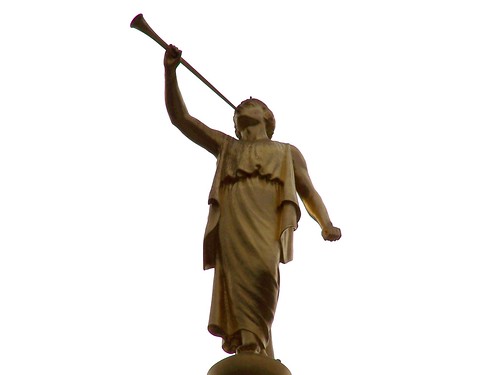 Paul was so upset that he didn’t bother to begin his letter to the Galatians with the usual salutation. Instead he jumped right into the fray with all four feet!

What could have upset him so greatly?

Simply this—people were leading the Galatian church(s) astray about the Gospel itself!

Now that’s enough to fire us all up when we see or hear of it happening. Right?

There are, today, those who attempt to convince young Christians that the Good news is something other than the fact that Jesus Christ died for sinners and rose again from the dead (See I Corinthians 15). They want to add works, ceremonies or something else to the message. Paul would have none of it. He said, “Let them be anathema!”

In fact, he emphasized his point by saying that even if an angel should come bearing any other “gospel” (which isn’t really a Gospel at all) he too should be accursed! All of this is strong language—but necessary.

Too bad that today it’s considered outmoded, impolite, caustic, or something else that is designed to put you off, if you get warmed up over a denial of the good news.

Well, it’s about time we came out clearly about such matters when we confront them without all of this modern day pussy-footing that goes on. When you see a Christian’s faith being shaken by someone who perverts the Gospel, get concerned, upset—if you will—and strongly warn him against this damming heresy just as Paul did.

Christianity isn’t something you can calmly take or leave. It’s message is a matter of heaven or hell. When someone starts tinkering with that message, that’s something to get excited about. Don’t you agree? How about it?

Then do something about it—and perhaps even get upset!